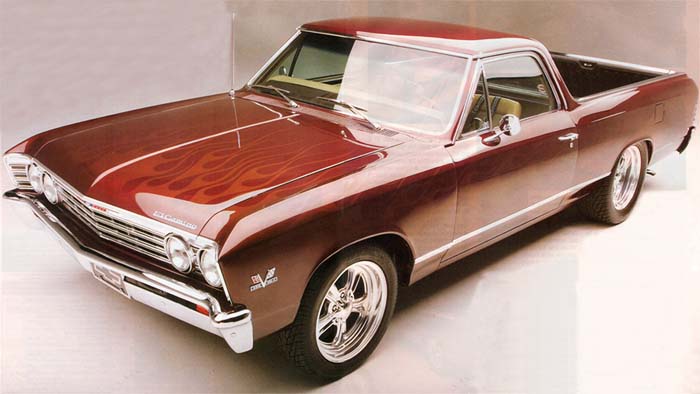 We have to admit to being a bit baffled by the whole SUV phenomenon. The things are obviously vehicles, transporting people and things to and fro. We also get the “utility” partâ€”these road leviathans can certainly swallow copious amounts of groceries, dog food, lumber, and rug rats. But “sport?” Come on! Exactly what sport would that be? Certainly not any of the sports CHP readers are into: disciplines such as the quarter-mile sprint, the stop-on-a-dime disc burn, and the tight-and-twisty road routine. Of course, the gearhead’s way around that particular predicament is to build your own vehicle, and build it just the way you want it. Case in point: Mike Conway’s totally comfy, slick-handling, brute big-block-powered ’67 El Camino. Says Conway, “We wanted a car that would have classic styling and also possess all the comforts, handling characteristics, and power of today’s autoâ€”and it also had to haul stuff and haul butt.” Now that’s our kind of SUV! 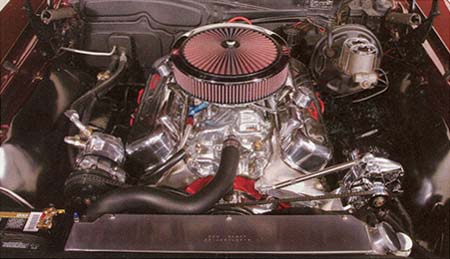 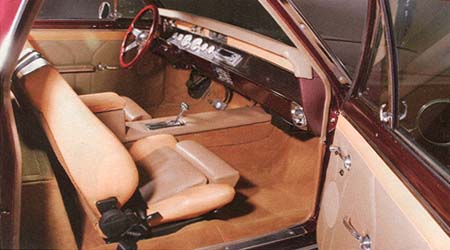 A quick review of Mr. Conway’s motoring history provides ample evidence that only such a vehicular appliance would do. “I started with my dad, Mark, who is now 93 years old,” Conway told us. “He had a four-banger Chevy, which he ran up at 117 mph out at Muroc.” Conway’s first cars included a ’40 Ford business coupe, as well as a ’48 Merc with Strombergs and Edelbrock heads. But our guy did fall on the right side of the tracks more often than not, running a ’61 Impala convertible with a 348 Tri-power, as well as a ’65 Chevelle and a ’72 El Camino. It was at the track, however, that Conway really got busy with his Bow Ties. He drag raced a ’62 Corvette, and also road raced a ’63 split-window coupe in SCCA events throughout Southern California. Conway admits to having no delusions of grandeur. “There was no money in it,” he reminisced. “It was just for fun.” Regrets? “We made that ’63 Vette lighter,” he wistfully says, “and ended up trashing it.” We’ve all had our do-overs, Mike.

Conway continued in this vein through the late ’50s and into the ’60s, selling hot rods part-time while also

going to school. “The dealers didn’t know what to do with 409 and 427 Chevy’s and such,” he recalls. “We did.” Conway eventually made his way in the real estate business, and clearly remembers an ’84 El Camino he used for company business. Conway also remembers that a wealthy client loved it. “It’s like a car, but you can haul stuff in it,” the older lady would exclaim. “It’s very practical.” These words left an impression. Conway found his own 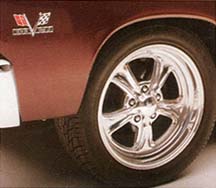 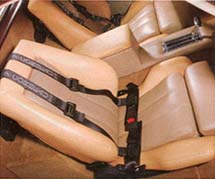 Elky in 1999 and became the third owner or this Fremont, California-built ’67 El Camino. The car came fully loaded, complete with A/C, bucket seats, a center console, a Turbo 400 tranny, and a 325hp 396 under the hood. It was also very straight, as Conway recalls, and only showed 53,000 miles on the clock. “I bought this car to have a classic runaboutâ€”to Home Depot, the nursery, carrying bicyclesâ€”as well as something I could run at the local dragstrip,” he continued. “I drove this car and drag raced it for a while, running mid 14s. I think it’s one of the best Chevelles made. It was built on a station wagon frame, so there’s more weight on the back, and it had 4.10:1 gears. I went up against a ’70 SS 396 four-speed car. He redlighted, and I still beat him.” Nice, but this Chevy’s biggest victory would happen off the track. 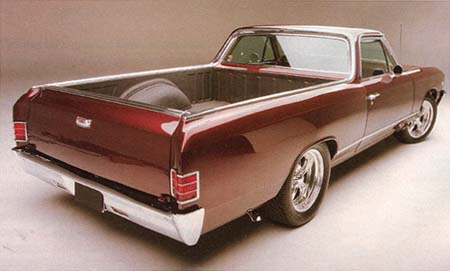 Conway had been driving and racing his low-mile Elky for a while, “and then wham, my wife Kathy had a cycling accident that ended in a massive stroke,” he confides. A bit down the road, as part of her therapy, Mike and Kathy began to restore the El Camino, creating, according to Mike, “what GM should still be building today.” We’ll get to those particulars momentarily, but as a recuperation tool, the ’67 has been an unqualified success. “Kathy has astounded her doctors,” Mike proudly told us. “They gave us no hope, but we weren’t gonna settle. The people we met at shows and in our club [the Southern California Chevelle Camino Club] were so nice and kind to her. It really helped. People in the car hobby are part of the reason she’s made the recovery she has.” We can also thank Kathy for choosing the classy Merlot Red Metallic hues the Elky now wears instead of its original “Grey Poupon yellow” paint.

That club involvement led to the creation of a classic Pro â€”loads of comfort and looks, loads of power and handling, and the ability to carry loads, to boot. “Our club likes to drive, so we needed it to be comfy,” Mike told us. The interior digs are thatâ€”the Reno leather-covered Florfit bucket seats catch the eye right away. They contrast but also complement the Haneline gauges sitting in a custom engine-turned dash insert, a result of Conway’s fascination with Lindbergh’s Spirit of St. Louis. Vintage Air A/C and a custom behind-seat box for the stereo are part of the entirely modern creature comforts. Global West and QA1 suspension components nicely update the Elky’s ride and handling.

Lest we get too carried away talking about comfort and utility, let’s not forget that a longtime racer built this car, so the stump-pulling big-block under the hood isn’t entirely unexpected. Sporting 400 ponies and 461 lb-ft at the wheels, the mid-12-second rips at the strip this Elky lays down aren’t unexpected, either. But the “single coolest mod,” according to Conway, is the Gear Vendors overdrive unit he installed, especially when the ’67 still had 4.10s in it. Let’s see, this guy installs a torque monster engine, then back it with a Turbo 400, plus another three gears, including a 0.78 overdrive. Yeah, we’d say that’s pretty cool. On a recent trip to Seattle to California with their buds from the SCCCC, the fat-block-powered Elky returned 15 mpg, and conveyed its passengers in comfort and style. Now fitted with milder 3.42 cogs in anticipation of future road trips, we’re sure that number will jump.

If you haven’t guessed by now, Mike Conway is very pleased with the results of his do-everything El Camino quest. “It’s reliable, safe, and a blast to drive,” he reports. “Throttle response is crisp and it handles like my Mercedes.” We think that’s a good thing. “We also get a kick out of people’s response to it,” Conway says. “It’s usually big smiles and thumbs-up.” You know what, Mike? That’s our response, tooâ€”one we don’t give to those other SUVs. CHP 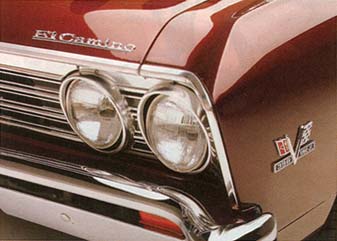