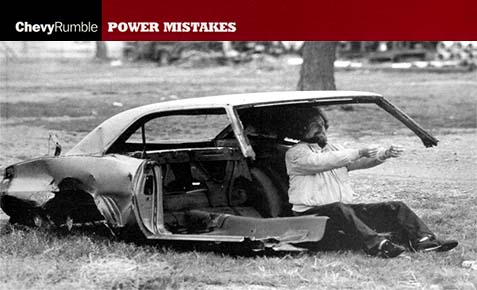 ver the last few years, Chevy Rumble has written much about engine tuning. This story lists 12 mistakes that enthusiasts do or dometimes don’t doâ€”plus all around corrective methods in building and modifying their Chevrolets. Use this list as a tool to help make your Chevrolet street machine more fun to own and drive.

To increase engine performance, you first must increase engine efficiency. Item number one is its ability to exhale freely. Even though your factory V-8 muffler may have a large diameter pipe, or pipes going in and coming out, the actual inlet diameter may be smaller. Exhaust flow is restricted. We have never witnessed a bad muffler swap on a Chevrolet. Also note the neck-downs/crimps in the intermediate pipe and tailpipe. Whatever the neckdown/crimp diameter is, that’s the “flow” capability that the entire exhaust has to work with. Install a mandrel-bent (no neckdowns/crimps) exhaust system. You won’t believe the part-and full- throttle power increase as well as increase in steady-state (cruise mode) fuel economy. 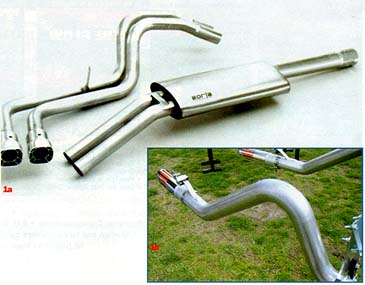 For an engine to make maximum power and efficiency, it has to inhale all the air it needs. The task here is a simple one. A bigger, rounder, smoother ram-air inlet pipe to the filter assembly combined with a high-flow filter will easily get the job done. A good way to tell if your air induction is efficient is to test your vehicle with the original and new systems on a chassis dynamometer. A third test would be with no air filter installed, but just for the test, we do not recommend running an unfiltered engine on the street. Also, compare the rear wheel horsepower figures at every rpm level possible, from 2,000 rpm “cruise mode,” to maximum rpm on a chassis dynamometer.

An engine will only consume all the air it can, so how can a carburetor that’s too big be bad? In a nutshell, the larger diameter carb venturi allows the air speed to slow downâ€”as they are meant for more serous pressure differentials between atmospheric and piston “pull down”â€”so cylinder filling is generally less. Less air equals less power produced. Example: 301 cid with 350hp L79 camshaft, 1.94 fuelie heads, 11.0:1 compression, Edelbrock C4B intake. In a ’56 Nomad wagon with four-speed and 4.88 gears, ET was 13.80 at 98-99 mph. A switch to a stock 650dfm double pumper ran a best of 13.66 at 100-101 mph. You could feel the bottom-end and mid-range power increase, due to the increased air velocity to the cylinders.

We always read the camshaft books wrong and ended up with too little camshaft. This meant in the real world, that a car would be ahead by three car lengths going into fourth gear, only to loose ground on the top end, due to lower cylinder filling. Bottom line: you must have your car’s entire combination dialed-in and totally compatible. A big cam usually needs a larger, more efficient exhaust systemâ€”possible more gear ratio, more carburetor/fuel injection jetting, larger intake manifold or TBI runners, increased total timing, more head flow and usually bigger rear tires. The cam is important, but it’s all in the combination.

5 NOT SO TOTAL TIMING

Enthusiasts are sometimes lost because a guy thinks his engine only needs 36 degrees total advance. Possibly he read it somewhere. Tip: Make chassis dyno or drag strip runs, to see what total timing you engine likes and responds to. When there is too much lead, the engine can detonate (rattle). Most engines like more total timing in low and second gear and less time (retarded) in high gear. Check with some of the aftermarket ignition manufacturers for their recommendations, as there are kits that will allow you to do just that. Tell them exactly what your combination is and what you plan to do with it, then they can workout the proper combination, set it statically, and back it up with dyno testing.

This is often a nuisance. We have seen guys build up their engine, then sell out when it didn’t perform like they thought it should. However, the culprit could be something as simple as carburetor jetting! Whenever you install headers and high-flow mufflers, you almost always must increase jetting. If a carburetor or EFI is lean, the engine may actually lose horsepower with headers and high-flow mufflers. The engine will feel lazy on part-throttle driving and pull less at full-throttle. How’s this for an example: There was once an 8.5:1 454 with a torque cam, torquey aftermarket intake manifold, headers, high-flow mufflers and high output ignition. It was equipped with a 2.73:1 highway gear ration, and ran doggy, at only 15.20s at 90-91 mph. The owner then re-jetted the carburetor, three full steps in the primaries, and four in the secondaries. The car immediately ran 14.50s at 97 mph (in low and second gear)! The chassis dyno revealed the engine picked up some 40 hp at the rear wheels. If you do not do jetting, your engine is losing out big time. 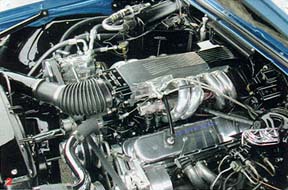 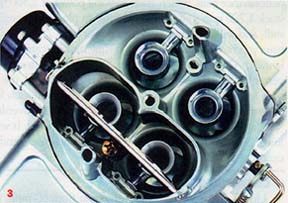 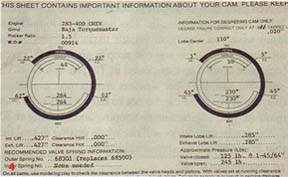 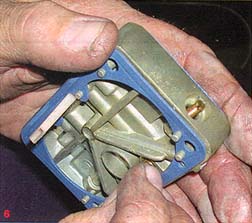 Some think that if they slide in a big cam in their small valve/port engine, that everything will be okay. Wrong. Ditto on head porting. The differences in a street car are like night and day. With a stock cam, you don’t need big heads, just some port-matching and cleanup. With a big cam, you need bigger heads, so the camshaft can maximize its grind and power output characteristics.

The day of the two-speed Powerglide is long gone. Swap it for a newer overdrive designâ€”the car will be more responsive and more driveable, as if it had 50 more horsepower (or foot pounds of torque). Next, if you want more performance and your cam is smooth-idle stock, go with a 10- or 11-inch torque converter with 2,000 to 2,500 rpm stall-speed. If you’re planning a high performance cam, which starts making power at 2,500 rpm, don’t leave the stock 1,700 rpm stall-speed converter in place. The engine will run poorly, may stall, and will definitely have less power until 2,550 rpm is reached; at which time you have lost much of the torque multiplication of the initial converter launch. Also, we do not recommend you buy a cheapie 8-, 9-, 10-inch converter for $99. The ones we tried did not work well, nor did they last long. Go for quality 2,500 rpm stall-speed converter from such firms as A-1 Automatic, ATI, B&M, and TCI. An underdrive/overdrive from Gear Vendors (800/999-9555) should also be considered. It will allow you to run a lower gear, while splitting ratios for high-end cruise, and will handle well in excess of 1,200 hp.

Unless you want a car that runs great from 60-mph, putting a big cam and related parts in your engine is not the way to goâ€”especially if the rearend is 3.36:1 or lower numerically. The best way to initially select a gear ratio is to know what you want your vehicle to do. Icing on the cake would be an overdrive transmission, so you can drop engine rpm 30 percent while cruising in high-gear, and as we mentioned in Tip No. 8, a Gear Vendors underdrive/overdrive. We install a Gear Vendors unit in most everything we build. They are that worthwhile. Be careful not to have a cam with a lot of duration, or you may find your engine lumpy-lumping and lurching at 70 mph while turning 2,000 rpm in overdriveâ€”all the while getting dismal fuel economy. Remember that everything is a happy combination.

You can build the greatest engine on Earth, but if it runs hot and overheats, it’ll end up either a garage queen or For Sale. There are plenty of top radiator companies who can help you with your particular application. A few include Be Cool in Michigan (800/691-2667) and U.S. Radiator in Los Angeles (323/789-1848), or AFCO in Indiana (800/417-7441), all are masters in cooling technology, and custom-fit applications.

A car with the same combination is a little quicker than the next, and you don’t know why? Well, when it is all said and done, it could very well be driveline friction. Incorrect pinion angle eats up horsepower, as does misaligned front-end alignment. The latter also causes tread friction and excessive road drag. Low tire pressure or use of bias-ply front tires, will also hinder overall performance, again due to increase drag. The idea is to get everything working in harmony, happily.

Most of us grew up reading on being told that straight 30W oil or 20W 50 was the only way to go for performance applications. However, in the last decade, synthetic oils came along. Now we find that 10W 30 is best for overall horsepower in most engines. Top engine builders are also presently testing new “0” weight oil in race engine applications, obviously to reduce component drag while adequately lubricating. This new approach is said to lubricate, while there’s no measurable drag on the reciprocals. The moral here is to use the lightest grade oil for your climate, with an additive package that will withstand the rigors and engine heat of a high-output engine. Synthetics are here to stay, and you will be hearing much in the not too distant future on both power advancements and component protection over long periods of time. CR 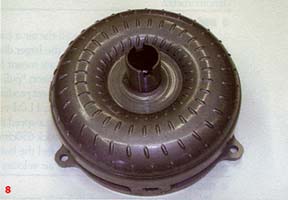 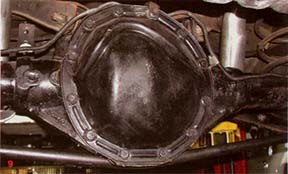 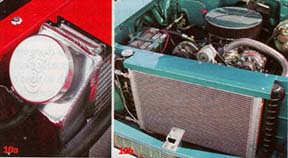 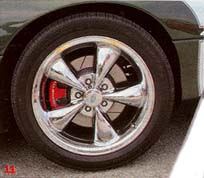 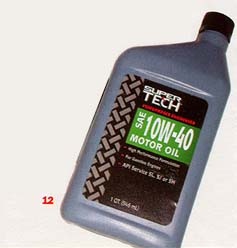