WHEN CHEVROLET INITIALLY CONCEIVED THE CHEVY II, AND THEN THE NOVA, IT WAS THE COMPANY’S FIRST ENTRY INTO THAT SEGMENT, AS WELL AS ITS FIRST USE OF UNIBODY CONSTRUCTION. IT WAS FAVORABLY RECEIVED, SOLD WELL INTO THE MILLIONS THE FIRST FEW YEARS ALONE, AND WAS SOLD IN MANY CONFIGURATIONS, INCLUDING CONVERTIBLES, WAGONS, FOUR-DOORS, SEDANS AND SPORT HARDTOPS. YOU COULD ALSO GET THEM WITH A VARIETY OF TRIM AND PERFORMANCE OPTIONS, ALL THE WAY UP TO THE POPULAR SS. BUT YOU COULDN’T GET ONE LIKE THIS.

This is a model that designers couldn’t have imagined back in 1964, and while it is based on a Nova SS, builder Bob Cross made sure there was not another one like it. In fact, it was so nice that immediately after Cross completed the car, longtime Chevy enthusiast Warren Freitas saw it and bought it. This left Cross with a handful of cash but without his new creationâ€”and so goes the battle between creativity and creative enterprise.

As most enthusiasts know, Novas are encumbered by small wheel wells,

limiting tire size and inevitably grip, so the original plan was altered to suit a more modern solution. Specially fabricated wheel tubs were fitted in back to house those seriously fat and sticky 315/35-17 Michelin Pilot Sports. When combined with those deep 17×11 Intro Pentia rims, the car takes on its own special look, and that’s just the first point of interestâ€”it gets better. Between them, a narrowed 9-inch Ford posi rearend houses 3.70 gears, but with a Gear Vendors overdrive unit installed just behind

the heavy-duty Powerglide from Abe’s Built-Right Trans. A mileage-making 2.88 final ratio is realized.

As a note of interest, it is becoming more and more of a natural combination to include a Gear Vendors under/overdrive unit, because regardless of what transmission is selected, the GV unit allows for a steeper (lower-ratio) rear-gear selection plus overdrive, for a better mechanical ratio in low gears, as well as overdriven cruising. It also allows gear splits throughout the gear range, virtually doubling the available gear ratios from the same transmission. 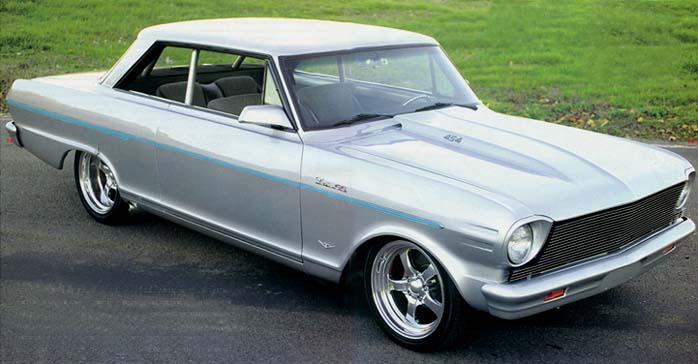 The stock leaf springs were moved in 5-1/2 inches on each side and fitted with adjustable billet QA1 tubular shocks, with ladder bars positioned just ahead of the axle for essential axle wrap-up control. Just behind, there’s a custom fuel cell filled with plenty of go juice, positioned low in the chassis between the framerails for better weight distribution.

At the other end of the specially made full-length frame, you’ll find a Heidt’s dropped tubular independent front suspension, again using QA1 coilover shocks. Rack-and-pinion steering delivers a much better feeling and much improved steering control compared with a stock Nova, and the same goes for the stout discs and red calipers that maintain firm control front and rear. When applied through smaller but equally capable 215/45-17 Michelin fronts on 17x17s, this chassis is within reach of some of today’s better-handling production cars.

In terms of acceleration, it’s an entirely different story, with all but the most exotic supercars covered by the healthy heart of this SS, which in this

case stands for “So Scary.” The subtle detailing speaks of true function, which leads one to believe there is more here than meets the eye, and the foot. At 454 ci, the Rick Benson-built short block supplies plenty of torque, while a set of high-performance 502 heads adds to the horsepower figures higher up the rpm range, which rounds out to about 325 hp, measured at the rear wheels.

The GM Performance intake manifold makes the most of a 750cfm Holley double-pumper with a Comp Cams 502/502 Ram Jet roller camshaft and performance valvetrain. Custom headers have been powdercoted and are joined with a 2-1/2-inch exhaust system fitted with three-chamber Flowmaster mufflers that peek out just ahead of the rear tires. The smoothed firewall and custom fenderwells provide ample room for this rumbling mass, with added bracing that helps stiffen the nose. Cooling comes by way of a nicely finished and shrouded aluminum radiator fitted with electric fans, and the temperature gauge never

rises above the halfway point, even in traffic.

With the engine running, there’s no mistaking the serious nature of this Nova, but when it’s quiet, the slick exterior could lead some to believe this car us all about style. The bodywork is beautiful, with 40 years of age smoothed away, along with features most other Novas came with. There are no door handles or gas door, and there’s no evidence the cowl was ever vented. In fact, there’s no trim at all other than the black powdercoated window trim and the airbrushed trim skillfully created by Rory in Hayward, California. Filled with a turquoise center, this virtual trim brings the PPG 199 Mercedes Brilliant Silver alive, richening the appeal of this one-of-one Nova. Other external alterations include a custom grille, ’92 Buick Century rearview mirrors and other bits of airbrushed fun, including the 454 insignias on the hood and the little Michelin man burning rubber on the right fender lip. 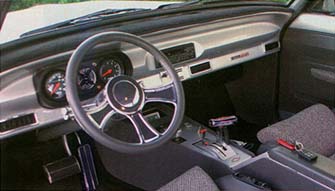 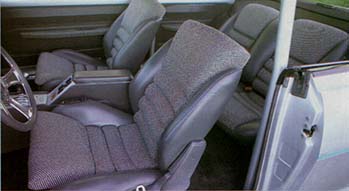 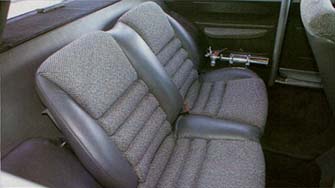 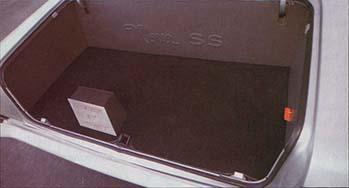 The same colors follow inside, where gray tweed and leather bring their own texture to the surroundings in a style typical of Howdy Ledbetter’s refined upholstery skills. The ’86 Dodge Daytona seats were refitted in front and matched in shape and comfort with specially made rear seats fitted between the mini-tubs. The surrounding side panels are stunning, with upholstered armrests showing attention to detail. The dash is also a smoothed reflection of its original form, with few changes other than an Auto Meter speedo and tach, a Westech four-way gauge in the center, the audio head unit and adjusters for the Vintage Air climate control. A full cage complemented by seat belts brings a welcome feeling of security, while a fire extinguisher adds another level of safety. The high point is the custom center console fitted with a B&M Comp shifter, power-window switches and other controls, and even a pair of billet cupholders. Function is definitely a part of these beautiful surroundings, especially when the audio system is at full song. 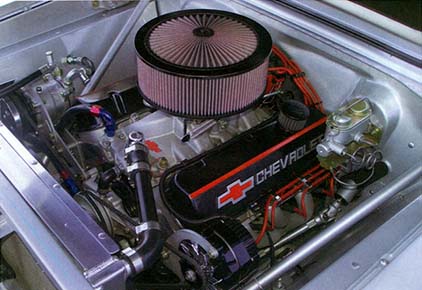 Knowing a good thing when he saw it, Freitas felt fortunate that he came across the car when he did, and equally lucky to be able to purchase it so soon after completion. As a result, he now owns a standard version of a very popular car that borrows little from other examples tooling around. The car just seems to create its own spaceâ€”it’s that unique and beautiful, and most of all, functional.

With millions of Novas built, this one was produced and then re-created into the standout that it represents, with the kind of exhilaration that Freitas experiences on a daily basis. When we say daily basis, that’s exactly what we mean, as this is Freitas’ everyday transportation and has been since the day he bought it. This too, makes it a rarity. SR 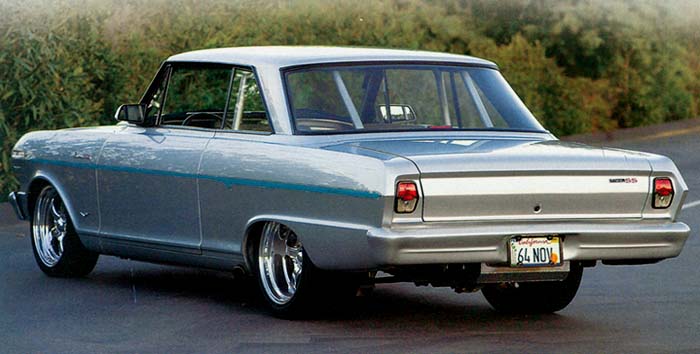