K, let’s start this off by listing all the disadvantages of installing a Gear Vendors Under/Overdrive in your vehicle. For starters, it adds about 121/2 inches to the rear of your drivetrain. Done. Oh, unless you’re talking about a long-wheel base vehicle that can benefit from having the rear driveshaft shortened by about a foot. Then you can add that on the advantages. 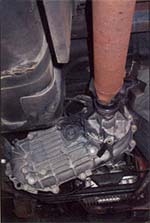 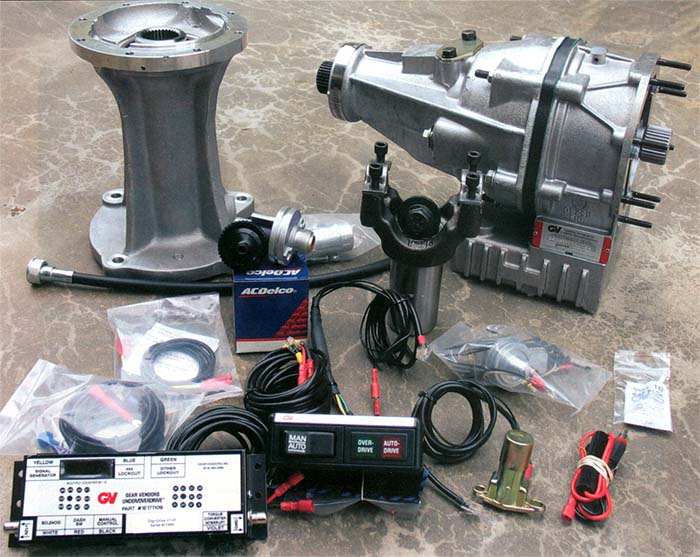 As for the advantages, get comfortable because the list ain’t short. The Gear Vendors Under/Overdrive is an extremely heavy-duty auxiliary transmission that’s easy to install, gives you a 0.78:1 underdrive or overdrive (by virtue of splitting gears), can improve your mileage up to 20 percent, extends engine life by allowing your engine to turn more slowly at a given road speed, makes towing up grades easier, can handle up to 1,200 hp, is rated for a gross combined load of vehicle and trailer up to 30,000 pounds, and can be swapped from vehicle to vehicle with little more than a new Gear Vendors adapter. Oh yeah, and for you 4×4 guys with a lifted vehicle equipped with a factory slip yoke on the rear of the transfer case, you can order your Gear Vendors Overdrive with a fixed yoke that accepts a 1350 U-joint. It’s like buying an overdrive and getting a slip-yoke eliminator kit for free.
Follow along as we install a Gear Vendors Under/Overdrive in an ’89 Ford F-250 4×4 with a 460/C6/BW1356 drivetrain combo, and then check out our before and after mileage, unladen and towing acceleration numbers, and overall driving impressions. 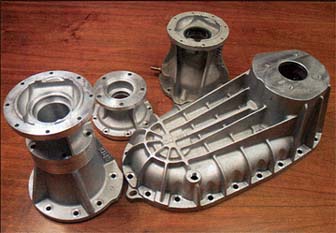 One of the real beauties of the whole Gear Vendors system is the adapter. Gear Vendors makes adapters to bolt its auxiliary transmission to virtually any transmission or transfer case. In most cases (as in ours) the installation is as simple as unbolting the rear output-shaft housing and bolting on the supplied Gear Vendors adapter in its place. Since there’s no changing of output shafts, you can simply unbolt the overdrive and adapter and return the vehicle to stock if you ever sell it. Then just call up Gear Vendors for an adapter for your new vehicle.

an, what a difference a few hundred rpm make! The overdrive engages crisply in Auto-Drive right around 45 mph every time. In manual mode there’s about a Â½-second delay between when you tap the on/off button and when the overdrive actually engages. At first it was a little tricky getting the timing down when splitting gears. The splitting scenario goes like this: start in 1st, then at 20 mph you can engage the overdrive for 1st gear-overdrive. At your shift point, manually shift from 1st to 2nd and disengage the overdrive as you feel the transmission begin to shift into 2nd. Then, engage the overdrive again for 2nd gear-overdrive, and so on. We also find it extremely useful in passing when towing a load. Before at highway speeds we’d need to go from 3rd all the way to 2nd, which would buzz the engine unless we dropped way down in speed. Now, we can go from 3rd to 2nd-overdrive and maintain enough engine rpm and vehicle speed to keep from becoming a freeway menace. However, the best part by far has to be the simple fact that we can now hold speed with the maddeningly fast L.A. freeway traffic without feeling like the pistons were going to come through the hood.
Driveshafts, Oil and
Other Install Tidbits

t’s hard to cover every nut and bolt, but thankfully Gear Vendors comes surprisingly close. We’ve installed lots of “do-it-yourself” kits and are confident in calling the Gear Vendors Underdrive/Overdrive one of the most user-friendly, well-thought-out installs we’ve ever tackled. The installation manual walks you through everything and even goes so far as to tell you what color factory wires you may need to splice into (if your application requires it). We were way impressed and pleasantly surprised.
The only things you’ll need that aren’t included is a shortened or replacement driveshaft and gear oil. Gear Vendors highly recommends using GM synthetic fluid to prevent overly harsh shifts, but you can use regular 90W fluid if you don’t mind the bump.
As for driveshafts, while we could have gone with a slip-yoke-type output on our Gear Vendors and simply had our driveshaft shortened locally for about $85, we saw this as an opportunity to step up to a beefier 1350 fixed yoke and a high-quality High Angle Driveline driveshaft. The company’s driveshafts are top-notch and it’s always hard to put them under a vehicle rather than hang them on a wall as art. We’re confident we can punish the shaft with heavy towing and high-speed freeway driving without problems.

With our output-shaft retainer removed from our Borg-Warner 1356 transfer case, we simply cleaned off the old silicon and bolted on the new adapter. The directions are actually a small book and are very through in walking you through every step of the install.

The trickiest part of the whole operation deals with properly shimming the spud shaft that connects the output shaft of the transmission or transfer case to the input shaft of the overdrive. Gear Vendors provides a number of shims in varying thicknesses and detailed instructions to get you through it. 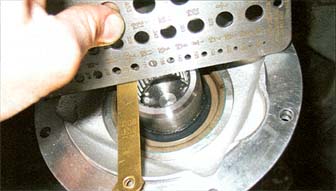 The shims are placed inside the spud shaft facing the output shaft. Laying a straight edge over the overdrive mounting surface, you want to shim it so there’s between 0.000 and 0.015 inch of clearance. We shimmed ours to allow 0.006 inch and called it done. 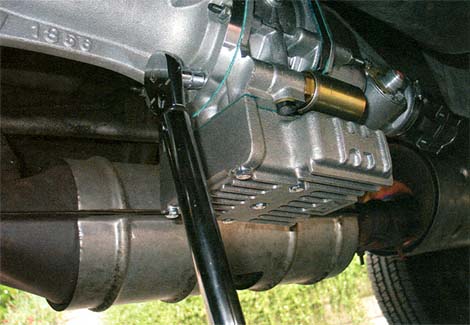 Our shorter driveshaft arrived from High Angle Driveline in Paradise, California, packaged in a Sonotube and shrink-wrapped to the moon. High Angle Driveline has been building our driveshafts for years and we’ve yet to have a problem with one. We had owner Jesse Jaynes build our shaft with 1350 U-joints at both ends, but check your application if you’re working on a Ford. Most used a funky Ford—-only-sized 1330 U- joint on the rear axle.

<-With the spud shaft shimmed, we installed the driveshaft yoke on the back of the overdrive and installed the supplied speedometer gear as per the instructions. The overdrive slid right on and we torqued the nuts to 9 lb-ft. Note the deep-sump oil pan. An optional flat sump that is 13/4 inches shorter is available for hot rod and racing applications. 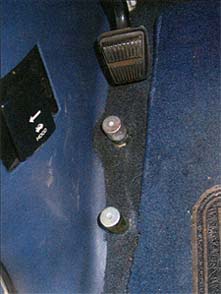 The overdrive bolts to the drivetrain in about 30 minutes. However, we took significantly more time to wire in the electronics and mount the control box neatly under the dashboard. Gear Vendors offers two different types of manual on/off switches: an Eaton-type push/pull knob for manual transmission or this high-beam-type foot-triggered switch for automatic transmissions. We mounted our foot switch below the high-beam indicator where it’s in easy reach, yet out of the way. 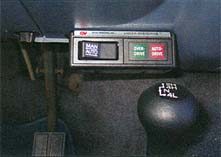 The dash-mounted control switch allows you to switch from manual to automatic mode with the flip of the toggle. In Auto-Drive, our three-speed C6 will shift through gears 1, 2, and 3 before the overdrive engages at 45 mph. When stopping in Auto-Drive, the unit disengages around 20 mph. In manual mode, we can turn the overdrive on or off with the floor-mounted switch to split gears for either an overdrive on top of the gear we’re driving in, or for an underdrive for passing under load.

After we completed the wiring of the Gear Vendors color-coded and labeled harness, hooked up the speedometer, and installed the new driveshaft, we filled the overdrive with 38 ounces of GM PN 12346 190 synthetic oil and enjoyed the many advantages of gear-splitting, highway-cruising bliss.