There are two basic GM 4-Speed automatics: The light duty 700R4/4L60E found mainly in half ton and car applications, and the heavy duty 4L80E in the heavier applications. 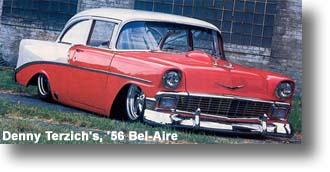 700R4/4L60E’s have a low 3.06 first gear which is good for initial take off but this makes the transmission have the widest ratio changes of all popular makes and is the route of all the 4L60’s reliability and performance issues. The intention of the designers (a low starting gear and tall overdrive) was the best possible EPA ratings, which the trans does well but these wide ratios are a big compromise to performance and durability.

Even if you use forced induction (supercharging) on a 4L60 trans equipped vehicle it is hard to overcome the wide ratios. The vehicle cannot simply increase its vehicle speed 47% (the ratio split of the 1-2 shift) without pulling the motor rpm down a huge amount.Thus the more power you feed the 4L60 the more it converts to heat in its clutches and torque convertor. If you try to lock down the clutches without computerized torque management you break the transmission – there is jut no way to work well with stock ratios that are equivalent to skipping a gear (going from 1st to 3rd – skipping 2nd in an M21 manual is only 41%).

The GEAR VENDORS will give you Gear-Splitting to fix those wide ratios with a gear between each of them for tremendous gains in performance. Because of these wide factory ratios there is no better example of the difference that can be made with adding a Gear Vendors. See Final Drive Ratios. Gains of over 50 horsepower and 70lb ft. of torque are easily achieved just by having the close ratios when you need them.

The GEAR VENDORS also gives you an important towing or performance overdrive gear that is between the tall factory overdrive ratio (4th) and Drive (3rd). This gear will give you 11% more torque multiplication and the right rpm when you want instead of the torque converter locking and unlocking repeatedly or lugging the engine. When towing this gear will lower transmission temperatures by as much as 100 degrees when compared to factory overdrive. Cars and Trucks with 3.73 rear gears and higher (numerically) can also make use of double overdrive when not towing for 10-15% gains in MPG.

4L80E’s used in motorhomes and trucks have a .75 overdrive ratio very similar to GEAR VENDORS .78 but the factory unit tends to unlock and lock (hunt).The GEAR VENDORS will not hunt and will also reduce temperatures in the main transmission by as much as 100 degrees on warm days when towing. Consequently all our customers tow in the GV ratio and greatly extend the life of the trans.

Trucks running empty can make use of double overdrive for great economy and extended engine life. Motorhomes present too large a frontal area to the oncoming wind to make double overdrive practical but because they are always loaded they greatly need the GearSplitting and alternative Overdrive features of the GEAR VENDORS.

GearSplitting is the feature that allows the UNDER/OVERDRIVE to shift between the gears. You will now have approximately Â½ the drop of engine rpm from one gear to the next when you want power. This is why a GEAR VENDORS will give you more power than any underdrive or overdrive on the market (see Common Questions). By keeping torque multiplication higher and engine rpm narrower you increase engine performance by typically more than 40hp and 60lb ft. of torque without any modification to the engine (see Final Drive Ratio charts and Horsepower and Torque curves), (see also Common Questions on performance modifications).

This is why big trucks (Kenworths etc.) use gears (most 18 wheelers have 15 to 21 gears) instead of engine modifications. Because gearing gives them performance which actually improves the reliability of the engine. The heavier you are loaded the more you need a GEAR VENDORS.

If you already have engine modifications (chips, exhaust, fuel increases, etc.) the GEAR VENDORS will let you get the most from them through working in narrower rpm ranges when loaded and also by adding torque multiplication to make it easier on the engine and transmission so as not to damage them with your improvements. 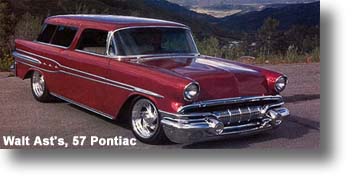 The GEAR VENDORS comes with a 2-year unlimited mileage warranty (1 year on commercial applications) and a 30 day money back guarantee that you will love the performance (see Warranty for details). The GEAR VENDORS is the only aftermarket performance device or auxiliary transmission to come as original factory equipment on new cars, trucks, vans or motorhomes. Over 1 million in the 80’s and 90’s were installed by manufacturers on vehicles; ie: Ford Diesel Transit Vans (european market), Volvo gas and diesel, Fleetwood, Allegro, Rexhall, Monaco and other motorhomes and GM’s Twin Turbo Callaway Corvette.

Be sure to study the final drive ratio charts. These show you exactly what you are getting in a Gear Vendors – gears. Notice how when you want a gear lower than 3rd but taller than 2nd for climbing grades that a Gear Vendors is just that. If you are going to keep the vehicle for any reasonable length of time, it just doesn’t cost you anything for this performance. This is because of the great benefit to fuel economy when you run with both the factory overdrive and the Gear Vendors on (double over). Also, all the time you are enjoying better performance when climbing grades and towing you are taking much better care of your transmission and engine when Gear Vendors equipped.

If your vehicle is heavily loaded or you just love performance the GEAR VENDORS is the ultimate option.

It is the gear under your seat that counts. Gearing is what you are buying when you purchase a Gear Vendors Under/Overdrive. If you take a few moments to study the gear chart for your transmission and rear end ratio combination you will see why this product is so popular. The Final Drive Ratio shows you how many times the engine turns for one complete turn of the tires. Gears are multiplier of torque. The mathematical equation for Horsepower is; Torque X RPM/5252 = HP. Close ratio gearing lets us work both the torque and rpm side of this equation for big gains in HP and performance. Notice for instance that 1st-over has a lot more torque multiplication than 2nd – now look how low you would have to go in rear end ratio to make your second gear have as much torque as 1st-over. Same with 2nd-over compared to 3rd.

Whatever your 2nd-over final drive number is – that is equivalent to having that ratio for a rear end torque multiplier. Of course, with gear-splitting we are keeping the engine rpm up from one shift to the next and further exploiting the ratio benefit.

There is not room here to cover all the details (like the benefit to passing gear and such) so call us at the factory to discuss your exact application – we have customer service guys on hand for you to ask these types of questions.

← GM 2-3 Speed Auto ← GM 4-Speed Manual
We use cookies to ensure that we give you the best experience on our website. If you continue to use this site we will assume that you are happy with it.Ok